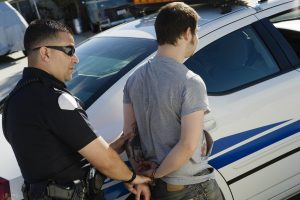 This is the first post in a series which will discuss the process of defending against domestic violence charges in Long Island, New York. I feel it is necessary to write on this topic as, for obvious reasons, many people do not know how to proceed after they or a loved one have been arrested. It is important that you take immediate steps to protect your rights, however, as a conviction will have serious consequences. The goal of my coming articles is to provide information which will help people to more fully understand their situation. It is also my goal to provide information which will assist with the selection of a criminal defense attorney. If you are in need of assistance then contact my office today to speak with a lawyer.

I will be addressing a number of topics over my coming articles. Issues which I will address include:

I will be addressing these topics for several reasons. First, and unfortunately, there may be no other criminal charge which is as likely as domestic violence to be based on false allegations. Such allegations typically occur in matters where one is attempting to gain an advantage in child custody proceedings or in which one simply wishes to “get even” with an ex. If you have been falsely accused then it is vital that you take the situation seriously. Second, if the police violated one’s rights during an arrest then it may be possible to have evidence excluded from trial. Third, it is not uncommon for law enforcement to be mistaken as to who was the “primary aggressor,” and to arrest an individual who was actually defending themselves. Fourth, knowing what to expect from the trial process can help to ensure that things go smoothly. Finally, it is vital that defendants understand the penalties which they face.

One point I cannot stress enough is that you should contact a Long Island criminal defense lawyer immediately if you or a loved one have been arrested. It is important that counsel have as much time as possible to investigate the matter and to formulate a proper defense. I am a former public defender who is experienced in handling such matters. Contact my office today to schedule an initial consultation. My office also serves also serves Kings County residents in Brooklyn, residents of Queens, those in Nassau and Suffolk Counties, as well as people in other New York areas.