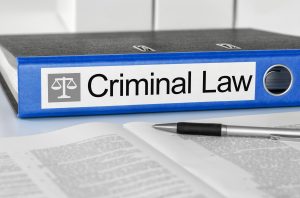 Governor Cuomo has recently signed into law A.8420-A which will take full effect as of August 28, 2019. The significance of this new law is two-fold. The Law has re-categorized and decriminalize lower level marijuana possession. In addition, this law has added the ability for Expungement of Criminal records to the New York Criminal Procedure law, something that, until now, did not exist in New York State.

Up to now, New York law did not include, nor allow, for any criminal records to be expunged. The only concealment of an arrest and/or conviction available was to have a record sealed. A sealed record did not erase the conviction but did make its unavailable for public view. An Expungement of a criminal record does more than conceal an arrest and/or conviction.  Where a record is expunged, the entire record, including the arrest, prosecution and/or conviction, is “erased” from existence: as if it never occurred. The result of an expungement; if one where asked if they were arrested, the answer would be resounding “No” in regard to the expunged matter.

Under the new law, PL 221.05 and PL 221.10 are both now categorized as Unlawful Possession of Marijuana charges and convictions under either section are classified as violations and not criminal convictions. In addition, the resulting consequences under either section have been reduced. Conviction under PL 221.05 carries a maximum fine of $50.00 with no increase for subsequent convictions. A conviction under PL 221.10 no longer carries a jail sentence and the fine has been capped at $200.00.

The new law also has a retroactive effect. If a person plead guilty to either PL 221.05 or PL 221.10 and the accusatory instrument did not include any other charges except the marijuana possession, then the conviction can be vacated, the charge dismissed and the records pertaining to the matter expunged.

HOWEVER, the process (vacating the conviction, dismissal and expungement) is not automatic. If someone wishes to have their conviction “expunged”, an application, under CPL 440.10, must be filed with the Court requesting that the court vacate their plea. Once the application is made the Court must grant the application and then dismiss the case. Upon dismissal, the new law mandates expungement of all records regarding the arrest, prosecution and/or disposition.

If you have previously been convicted under PL 221.05 or PL 221.10 and wish to have your record expunged, contact the Law Office of Maggio & Meyer to learn more.