Foreclosures, PROTECTING YOUR RIGHTS AND CHOICES: Rights and Defenses in a foreclosure action 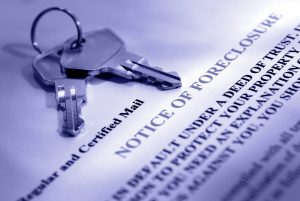 You’ve been served with a Summons and Complaint, now what? Your first instinct may tell you there’s nothing you can do.  This is one time I’m happy to tell you, your instincts would wrong.  When applying a legal standard, you have legal rights.

Under our system of law, you have the right to require the Bank to prove its case against you, regardless of what you “think” they can prove. In other words, the Bank does not have the legal right to just take your house. They must first prove a number of facts to the court. For example, the Bank must first prove that there was a contract between the two of you. Next, it must be shown that you broke your promise to pay while the Bank kept their promises found in the mortgage. The Bank must also prove they met all the legal requirements necessary to allow the Court to grant a money judgment. If the bank does not prove each one of these facts, the Court will not give the Bank a money judgment or allow your house to be sold.

The defenses you may have against the Bank’s claim stem from many areas. Here I will address the most common. First, the bank must prove there was an agreement between you and the bank and that you broke your part of the agreement. this is known as their Prima Facia case.  The bank will show the Court a copy of the Note (IOU) that you singed and the Mortgage contract.  Then the bank has to prove that you broke your promise by failing to make payments. This is usually done by someone from the Bank signing an affidavit, a sworn statement, saying that you haven’t made payments.  You have the right to challenge the copy of the Note, mortgage and the affidavit shown to the Court. These are issues involving evidence which can be complicated but very effective.

Even if the Court accepts the Bank’s Note, Mortgage and affidavit finding there was an agreement which you broke, you still have a number of defenses.  First, is the Bank that brought the action the same Bank that gave you the money (the originator)?  Chances are they are not. Common practice in financing is for the originator to sell the Note to another Bank. In fact, the Note could be sold several times over. If the Bank that brought the foreclosure action is not the originator, then the Bank must prove it is entitled to the rights of the IOU. To simplify, think of the Note as a check. If John wrote a check to Jenny, then Jenny gave the check to Billy, could Billy cash the check? No! Not without Jenny endorsing the check to Billy first. The endorsement gives Billy the right to collect under the check.  The same is true in Foreclosures. In order for the Bank that brought the action to collect under the Note, it must show that the Note was endorsed or transferred to it. This is referred to as “standing” and if the Bank fails to establish standing then even if you are in default, the bank will lose.

Next, did the Bank keep its promises under the Mortgage contract. When the bank filed its action, it is seeking to collect not only the missed payments, but all its money back.  So, the Bank must show it is entitled to all the money now.  To illustrate, say you signed the contract and received $400,000.  You promised to pay $2000 of money each month for 30 years (360 payments).  If you miss one payment, the bank is entitled only to $2000.00 because the other payments are not due yet. If you miss another payment, the bank is entitled to $4,000.00 because the other payments aren’t due yet. However, there is a term in the mortgage that says that if you break your promise the Bank may accelerate, meaning that all future payments are due immediately and the Bank wants the balance of the $400,000. But, the right to accelerate is not automatic. The Mortgage says that the bank can accelerate only if it has notified you that you are in default.  The Bank will usually claim it has sent you the notice as required by the Mortgage contract. You can challenge this Claim. If the bank does not show the court that you were notified, then even though you defaulted the bank is only entitled to those payments the Court found you have missed paying.

So, the Bank established its right to collect under the Note, proved that you have defaulted and established a right to accelerate the remaining balance.  However, just because the bank has that right does not mean the Court will enforce that right.  There are specific Statutes, laws, which require banks to do specific things before it may bring a foreclosure action. Two of those things include sending a Notice warning you of your default and that you are at risk of losing your home. Then the bank must file a statement with the State which says that it had sent the Notice.  If the bank does not comply with these statutory requirements then even if the bank has a right to collect, the Court will not enforce that right. Challenging the Bank’s claim that it had complied with the statutes is another way to defend yourself in a foreclosure action.

As stated in prior articles, the better the challenge to the Bank’s case the more leverage you will have to persuade the Bank to negotiate the settlement option you desire.    Having a solid defense is another way to develop options and take control.

If you or someone you know is currently experiencing financial difficulties or is facing a foreclosure litigation you need a solid defense team on your side. The Long Island attorneys at the Law Office of Maggio & Meyer take pride in our ability to defend homeowners in foreclosure cases. We believe in helping our clients before during and after foreclosure.

Please note that this series was created with New York State and its legal system in mind. The material found in this series may be applicable to other judicial and non-judicial states. However, consultation with experts in your state is recommended.