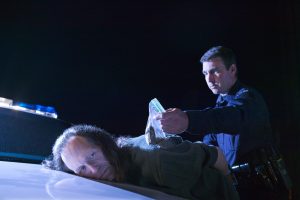 This is the next post in my discussion on the handling of drug charges in the Long Island, New York area. My last article discussed the handling of criminal charges which involve prescription drugs. Many defendants are surprised to learn of the serious nature with which prosecutors approach matters involving the illegal possession of pills. If you or a loved one have been arrested for possessing a controlled substance then it is important that you take immediate steps to protect your interests. One of the first steps to take is to retain an experienced criminal defense lawyer. In this article I will discuss the handling of matters which involve heroin, methamphetamine, or other such hard drugs. If you are in need of assistance then contact my office today to speak with an attorney.

New York is like other states in that it divides various controlled substances into classifications known as “schedules.” When a drug has a high level of addictiveness, and a low level of medicinal value, then it will be assigned to a higher schedule. The most serious narcotics, such as methamphetamine and heroin, are considered “Schedule I” drugs. Possessing or trafficking enough of such substances can result in A-1 felony charges. These charges will carry a sentence of eight to twenty years in prison and a fine of up to $100,000. Possessing even smaller amounts of these substances can still result in lower level felony charges and a defendant may be facing serious prison time. This is in addition to penalties which will be imposed for other offenses which the defendant may have committed, such as the illegal possession of a firearm. To put it simply, the consequences involved in such cases can be severe.

There are several possible ways in which defense counsel may approach such charges. If law enforcement violated a defendant’s Fourth Amendment rights, and found narcotics as a result, then counsel can file a Motion to exclude the drugs from evidence. If this Motion is successful then the narcotics related charges, and possibly the case as a whole, will be dismissed. Even if the filing of a Motion is not feasible, however, it is important to remember that it is the prosecution’s’ burden to prove that an accused individual knowingly possessed illegal narcotics. Say, for example, that someone is pulled over while driving a car which belongs to someone else. The officers then find narcotics in the vehicle. An issue may exist as to whether a) the defendant was actually in possession of the drugs and b) whether they even knew that such substances were in the car. The possible defenses in such matters will always depend on the specific facts of the case. It is strongly suggested that you discuss your matter with an attorney as soon as possible.

If you or a family member have been arrested then contact my office today to speak with a Long Island criminal defense lawyer. I am a former public defender who believes that everyone is entitled to the most aggressive representation. I strive to provide a high level of service and my office is ready to assist you. Contact us today. Our office also serves Kings County residents in Brooklyn, residents of Queens, those in Nassau and Suffolk Counties, as well as people in other New York areas.