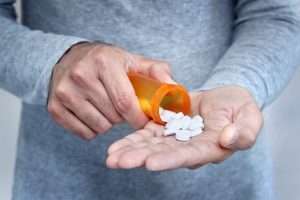 This is the next article in my series on the handling of drug related charges in Long Island, New York. My last article discussed the handling of drug charges which involve confidential informants. It is important to understand that if a search warrant is based on information from such an informant, then it may be possible to challenge the arrest if the informant was “unreliable.” Such issues present complicated issues of fact and law. It is, therefore, important that you retain an experienced criminal defense lawyer to assist you. In this article I will address a topic which often leads to some confusion – the handling of matters which involve prescription pills. If you or a loved one have been arrested then contact my office today to speak with a lawyer.

Many individuals make the mistake of thinking that possessing prescription pills (such as Valium, Ritalin, Ambien, Xanax. etc.) is “no big deal.” It is understandable how people can gain this belief. First, many people do not consider such substances to be in the same class as “hard drugs,” such as methamphetamine or heroin. Such people may believe that if something was dangerous or addictive then doctors would not prescribe it. Second, some may believe that the laws regarding controlled substances are becoming more lax in general, given the increasing legalization of marijuana throughout the U.S. Each of these assumptions, however, are flawed. The truth of the matter is that prescription pills can be highly addictive and receive part of the blame for the nation’s opioid epidemic. As such, obtaining and/or possessing such substances without a valid prescription is something that law enforcement and prosecutors take very seriously.

The penalties for possessing controlled substances without a valid prescription will depend on the type and amount of pills involved. At the low end of the scale, one may have committed the offense of “prescription diversion,” and find themselves charged with a Class A misdemeanor. This will carry a possible punishment of up to one year of incarceration and a fine of up to $1,000. Illegally possessing and/or distributing enough pills can result in felony charges which carry a fine of up to $50,000 and a prison sentence of up to fifteen years. These penalties are in addition to those which Long Island residents may face for other charges.

Some defendants make the mistake of thinking that there is “nothing they can do” after they are arrested with prescription narcotics. This is not the case. First, if the pills are found through law enforcement’s violation of the Fourth Amendment, then it may be possible to have the drugs excluded from the Court’s proceedings. Depending on the facts of the case, this can lead to a dismissal of the charges. Second, it is the prosecution’s burden to prove that one knowingly and intentionally possessed the pills without a valid prescription. Finally, even if the case cannot be outright defended, it may be possible for an attorney to gain a more favorable resolution.

If you or a loved one have been arrested then contact my office to speak with a Long Island criminal defense lawyer. I am a former public defender who believes everyone is entitled to a vigorous defense. My firm prides itself on providing the highest levels of service and we are ready to assist you. Our office also serves Kings County residents in Brooklyn, residents of Queens, those in Nassau and Suffolk Counties, as well as people in other New York areas.