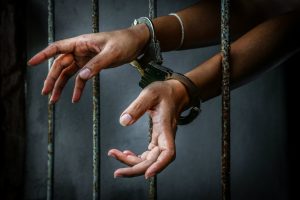 This is the next post in my series on the handling of domestic violence charges in Long Island, New York. My last article discussed the process of taking a domestic violence case to trial. It is important to understand that trial is a complicated process and that no two matters are the same. It is, therefore, important that you retain a criminal defense attorney who is experienced in handling such matters. In this article I will discuss the potential penalties which one faces for such an offense. If you require assistance then contact my office today to speak with a lawyer.

New York’s penalties for a domestic violence conviction will vary depending on the facts of the matter. If the incident was a first offense, and the victim did not sustain serious injuries, then the accused will likely be charged with a Class A misdemeanor. This charge will carry a maximum sentence of up to one year in jail and a fine of up to $1,000. For subsequent offenses, or those involving harm and/or weapons, the penalties will be far more severe. A first-degree assault charge, for example, will result in five to twenty-five years in prison and a fine of up to $25,000. For more serious offenses, the defendant is far less likely to be given a chance on probation.

There are additional penalties that will attach to a domestic violence conviction. First, a person who has been convicted of domestic assault, even if it is a misdemeanor, will be barred from possessing a firearm under 18 USC 922(g). This means that simply holding a gun, even if you do not own it, will result in federal felony charges. Also, the conviction will result in a permanent criminal record. This will mean that a convicted person will have difficulty passing background checks, gaining employment, or otherwise moving on with their life after they have completed their sentence.

If you have been arrested for domestic assault then it is important that you do not accept a “quick” plea deal without understanding all of the consequences. Too often, defendants simply wish to put the matter behind them and they do not realize the consequences of pleading guilty until they have already done so. Consulting with an experienced criminal defense lawyer will help you to ensure that your rights remain protected. As a former public defender, I believe that everyone is entitled to a vigorous defense. If you or a loved one have been arrested then contact my office to speak with a Long Island attorney. My office also serves Kings County residents in Brooklyn, residents of Queens, those in Nassau and Suffolk Counties, as well as people in other New York areas.