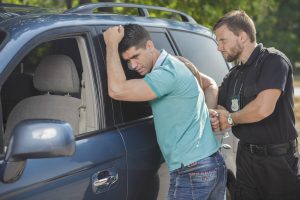 This is the next post in my series on the handling of domestic violence charges in Long Island, New York. My last article discussed defending against false domestic violence allegations. If you have been arrested for an offense that you did not commit then it is vital that you take the matter seriously. Not doing so can result in your criminal defense attorney having limited options when it comes time to present your defense. In this article I will discuss another important topic – how search and seizure issues can impact such matters. If you are in need of assistance then contact my office today to speak with a lawyer.

The Fifth Amendment to the United States Constitution provides people with the right to remain silent when they are interacting with the police. Moreover, people may insist on having an attorney present during any questioning. These do not simply apply after one has been arrested; they apply to all interactions with law enforcement. This means that if the police are interviewing someone, after responding to the scene of a domestic dispute, then that individual is free to refrain from speaking to the police or to have counsel present during any such conversation.

Unfortunately, there are instances when Long Island officers do not respect the rights which I just explained. It is not uncommon for the police to deal with a suspect in a threatening manner or in some other way which violates their Miranda rights. This conduct, by the police, can lead to an accused making statements against their own interest which they were not required to make. Moreover, such statements may be taken out of context and referred to as “confessions” by the police. These illegally obtained statements may form the basis of a conviction.

If the police violated your Miranda rights and arrested you for domestic violence then you have options. Your defense attorney can file a Motion with the Court to have the statements excluded from any proceedings. If the Motion is successful, then the prosecution will not be permitted to introduce the statements or use them, in any way, during the proceedings. After the Motion is filed, an evidentiary hearing will be held and the Judge will make a decision as to whether your rights were violated. The handling of such matters can involve complicated issues of fact and law. It is, therefore, important that you retain counsel who is experienced in such matters.

I am a Long Island lawyer who believes that everyone is entitled to a vigorous defense. As a former public defender, I am experienced in handling such matters and my office is ready to assist you. Contact us today to schedule an initial consultation. My office also serves Kings County residents in Brooklyn, residents of Queens, those in Nassau and Suffolk Counties, as well as people in other New York areas.