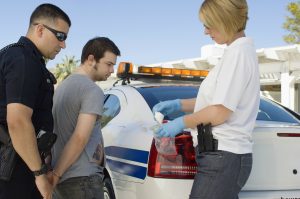 This is the next post in my series about defending against drug charges in Long Island, New York. In my last article, I provided an overview of the important issues that may arise when someone is arrested for possessing or trafficking illegal substances. I also emphasized the need to consult with a criminal defense attorney following the arrest. This post will address the potential significance of unlawful searches or seizures of evidence by the police in criminal drug matters. If you need assistance then contact my office today to speak with a lawyer.

Before stopping an individual on the street for suspected drug activity, law enforcement officials must have reasonable suspicion of ongoing or imminent criminal behavior. Police may not simply stop someone without reason. The officer involved must have objective facts to support this action. The police may point to specific facts of a given situation along with years of experience in the field to support their decision to detain a suspect. If the officers have the requisite suspicion before stopping someone, then any evidence of drug possession or trafficking found during the search will likely be admissible in future proceedings. If the defense, however, can show that an officer acted without the necessary reasonable suspicion, then evidence found during the search may be excluded from court proceedings.

For obvious reasons, what constitutes reasonable suspicion is often a matter of heated debate. While some cases are clear, this is a legal standard with many gray areas. Consider this example: an officer patrols a neighborhood known for heavy heroin trafficking and notices an individual visiting the area daily to speak with a previously identified dealer. The officer will likely be found to have reasonable suspicion to support detaining him. If, on the other hand, the suspected person has never visited the area before and is merely passing through, the individual may be able to challenge the stop as a violation of his rights. The Court’s determination, however, will depend on the specific facts of each situation.

If law enforcement officers did not meet the standards noted above, evidence found during a search of the detained suspect could possibly be excluded from evidence. In this situation, a criminal defense attorney will make a motion in Court to suppress the evidence. Defense counsel will have the opportunity to examine the circumstances under which the drugs were recovered by questioning the police at a hearing. The Judge will review the specific facts of the case to determine whether drugs or other proof of drug-related activity obtained during the search can be used against the defendant. If the Court finds that the officers did not have a valid basis for their search, the wrongfully seized evidence will be excluded. If the remaining evidence is insufficient to support a criminal charge, then the case may be dismissed.  Given the complexities of search and seizure arguments, it is essential to retain counsel with experience in these matters.

Drug charges are serious offenses with potentially serious consequences. If you or someone you love has been charged with possessing or dealing illegal substances, it is imperative that you contact a Long Island criminal attorney as soon as possible. Contact my office today to speak with a lawyer. I am committed to assisting my clients with such issues. Our office also serves Kings County residents in Brooklyn, residents of Queens, those in Nassau and Suffolk Counties and in other New York areas.