The Effect Of Sealing A Criminal Record In Long Island, New York 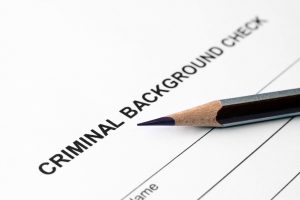 This is the next post in my series on the sealing or “expungement” of New York criminal records. My last article provided an overview of topics which this series will be addressing. It also stressed the need to consult with an attorney if you believe you are eligible to clear your record. It is important to speak with counsel sooner, rather than later. The sooner you begin the process, then the sooner it will be completed. In this article I will discuss the effect of sealing your prior record. If you are in need of assistance then contact my office today to speak with a Long Island lawyer.

The sealing of a record does not erase it from existence. “Sealing” the record does, however, make it inaccessible to most potential employers, landlords, and other individuals to whom many individuals may have to submit a background check. Under New York CPL 160.59, the Clerks of the Court, as well as any other governmental agencies shall make them inaccessible to the general public, both online and in paper form. Furthermore, under state law, most employers are not permitted to inquire about convictions which have been sealed. In other words, one whose history has been sealed may legally answer “no” when asked if they have ever been convicted of a crime. The only entities which may access a sealed record include law enforcement, the Courts, agencies responsible for the licensing of firearms, and other necessary entities. Those not included in this list of exceptions will have no way of knowing that a record exists.

Long Island residents should be aware that our state does not allow the expungement of a criminal record. “Expungement” results in the record being completely removed from all government databases. In other words, it is as if the offense never occurred and not even law enforcement would have access to the information. While many states allow for expungement of a past conviction, ours does not. Our above-described options for sealing a record, however, are far more friendly than those of many other states.

If you are eligible to clear your history then it is strongly suggested that you do so as quickly as possible. One never knows when they may need to pass a background check; they may lose their job, they may need to find new housing, or some other circumstance may require a person to submit themselves to scrutiny when they did not expect to have to do so. As a Long Island record sealing lawyer, I assist those who need to go through this process. I pride myself on providing quality service and my office is ready to assist you. Contact us today. My office also serves Kings County residents in Brooklyn, residents of Queens, those in Nassau and Suffolk Counties, as well as people in other New York areas.