Know What You Want When Planning A Home Improvement Project 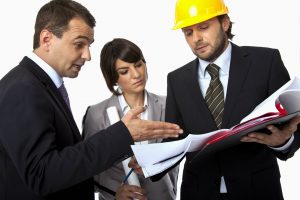 When planning a home improvement project, it cannot be stressed enough that you must “Know what you really want”. Now that may sound absurd, of course you know “what” you want. But, did you know “how” and “when” you want it as well.

Complaints filed against home improvement contractors rank among the top five complaint categories year after year. In 2017, there were 1,116 complaints filed against contractors in New York City and $1.5 million in fines issued in New York City alone. Complaints normally range from failure to complete a job to inadequate quality of the work. However, not all problems with home improvement contractor have support for a claim in Court.

The average home improvement contract will state what the project is for and the price that will be paid by the homeowner for completion of the project. Normally, the contract does not include the most essential terms like when will the project begin, when will it be completed, what inconvenience will be experienced during the project.

For example, the contract is signed, you give the contractor 50% of the money to start the job and he says he would begin next week.  What if he suddenly cannot start next week and wants to push you off for another three weeks. Or worse, he doesn’t return your calls. What is your recourse? Believe it or not, there is none. You contracted for the completion of the project only. If the contractor shows up to do the project and you tell him to go away, you are in breach and he could keep the down payment.

However, if you knew the job would take two days to complete and the contractor said he could start next week, Now you can define when you want the project completed and put the start and completion date into the contract.  To enforce the timeline, you could insert a damages clause which says that if the timeline is not met then you are to be compensated and then define the compensation.

Second, make sure you are aware of possible inconveniences such as no water or power. Then specify ho long is reasonable for the completion of the job. Then, if you experience problems beyond the time specified in the contract, you can be compensated for that inconvenience.

These little insertions of how and when you want a job done, and the compensation you will be entitled to, may not completely prevent all problems that arise during a home improvement project. However, 1) the contractor will have an incentive to all he can to prevent the inconveniences or issues and 2) if problems arise you will have a legal leg to stand on in court as long as its in the contract.

My next series will explore how you can go about learning the how and when of what you want the job in your contract and protect you in case you don’t get want you want.

If you would like more information or want to discuss a situation where you didn’t the best contracting job, call Maggio & Meyer, PLLC. Our Long Island attorneys also serve Kings County residents in Brooklyn, residents of Queens, those in Nassau and Suffolk Counties, as well as people in other New York areas.